There’s much controversy these days over equality in the workplace, especially where pay is concerned. Although women have come leaps and bounds farther than they were decades ago, we still have a ways to go. One of the effects of this is the fact that women have taken charge of their own career paths by going into business for themselves. 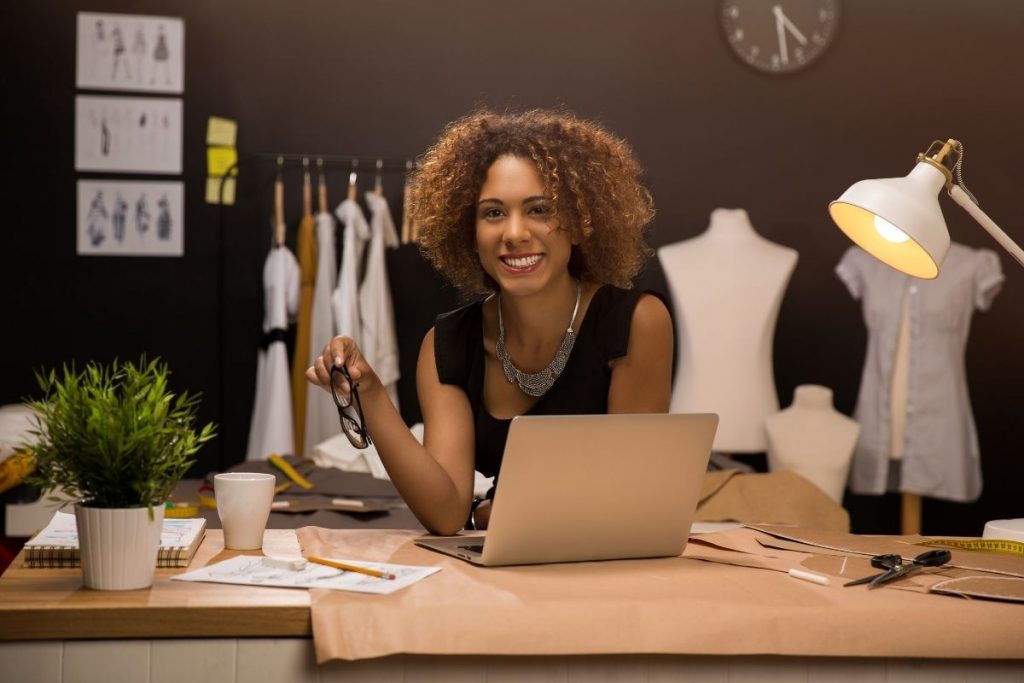 According to Susan Duffy, Bason College’s executive director of the center for women’s entrepreneurial leadership, women are helping to jumpstart the economy and create jobs where there weren’t any before, which makes for an increasingly promising future.

“Entrepreneurship is a central path to job creation and economic growth and now women are starting businesses 1 ½ times the national average…This is, in large part, because they are starting from behind so they are playing catch up.”

Today, women are at the forefront of over 10 million businesses in the United States alone, accumulating over 2.5 trillion in sales, vastly changing today’s economic market as more opportunities arise, creating jobs that were long overdue. Although discrimination and inequality still exist on a grand scale, today, those factors aren’t the only driving force behind the female entrepreneurial movement. Meet 5 women who have left the workforce to go into business for themselves and wouldn’t have it any other way.

#1) Fab Giovanetti Of The Passion Junkie

Fab Giovanetti’s business is built around having a passion for what she does helping other business-seekers to work for themselves in the wellness industry, hence the name, The Passion Junkie! If you think her name sounds fabulous, then she’s got the personality to boot. With authenticity as her mantra, Fab has built up quite a resume by becoming the founder of a UK-based health blogger’s community and working alongside other wellness agents, such as yogis, chefs, wellness practitioners and other fields of health community.

Having no plan B, Fab decided to take a leap out of her latest job and dive headfirst, into a marketing scheme that works best for her. The result is an ever-changing business model that allows her to connect and continue to build a path for those who are seeking a way out of the grind and into their own venture.

Living her truth and finding what she loves mixed with talent, she thrives off of being an inspiration to others as well as finding out what she naturally does and works from there. Although things aren’t perfect, learning as you go beats a lackluster career any day. Through it all, Fab offers us a word of advice:

“Be authentic. If this means being professional and prosaic, please do so. If this involves being energetic and slightly hyperactive like yours Truly, than be my guest. Please are looking less and less at your social proof (e.g. testimonials, certifications, awards) and more at how you resonate with them as a human being. Don’t fake it, or they’ll get you pretty damn soon.”

If you’re a makeup maven then you’ve probably heard of the popular brand, Face Stockholm. Created by Martina Arfwidson and her business 0partner and daughter, Gun Nowak, the brand has taken off internationally has critical acclaim with women all over the world.

Gun didn’t have such an easy start as a singer and0 waiting tables, so when her mother decided to stay in Sweden, Gun joined her in the business in 1990, opening up her first shop in the Upper West Side of New York City.

“It made sense to open a business with mom rather than continuing to wait on every table in New York, like I was,” claims Gun.

Face Stockholm was formed in the 1980s by Martina Arfwidson, at the time when there was a lack of bold colors for cutting-edge women, so she designed an energizing color palette that would help women express themselves. Although the cosmetics company has taken the mother/daughter duo to new heights, they still strive to keep it feeling like a family business by speaking one-on-one to women rather than over the counter. The cheerful vibe of Face has inspired other makeup counters to adopt the same method.

“The sale of makeup is a very intimate business. You get very close to people, almost like a doctor or a dentist,” says Gun.

When Sara Blakely, the founder of the popular Spanx brand found her true passion, she couldn’t keep it to herself. From celebrities to moms on the go, Spanx has given women the chance to wear their favorite pieces and look great, without the need for pantyhose, which Blakely claims to hate.

“Working as a sales trainer by day and performing stand-up comedy at night, I didn’t know the first thing about the pantyhose industry (except I dreaded wearing most pantyhose). Also, I had never taken a business class which made the process even more challenging. As a result, I had only one source to operate from…my gut,” says Blakely.

While researching trademarking and manufacturing, Blakely traveled to various retailers, informing the world about her newfound Spanx brand. With no money and nothing but her boldness to help her out, with the lift of the leg, Blakely’s product arrived on radio shows, commercials as well as magazines, and various talk shows, like The Today Show.

From invisible panty lines to barely-there hemlines, Spanx continues to grow and is a huge hit for red carpet events and other occasions where a woman might need a leg up.

“I never dreamed visible panty lines an uncomfortable thongs would inspire me to become an inventor.”

You may not be a struggling mom but there’s no reason why you shouldn’t find inspiration in HGTV’s Rehab Addict, Nicole Curtis’ story. Springing from Orion, Michigan, Curtis has gone from being a college student, waiting tables at Hooters to starting her own cleaning service.

Although she is a renowned star now, her humble beginnings were less than stellar. When her grandmother’s Victorian home didn’t sell for what she hoped for, this became the humble beginnings of her new career. Working as a waitress at night, Curtis was able to finish college and then began restoring homes. Crafting her own master bedroom gave her a head start in what would she would be known for today.

One fateful day, she received a call from a television network in 2010, reserving her a slot on Sweat Equity. Later she was bumped to HGTV, with her own show in 2014.

As a mother of a 16-year old, Curtis comes from a line of history buffs which shows in her work, taking dilapidated homes and crafting them back to their old vigor. Her mission is to save Detroit’s old homes from doom.

So, how does she manage to get so much done,? It’s very simple. “ I tell people to celebrate their small successes. Every time you get something done, celebrate it.”

Many times we think of designers and styling coaches as those who swoop in to save our house or wardrobe from a mess. They come in, tell us where we’re doing wrong and how to get on the right path esthetically, with our lifestyle and desires in mind. Ruth Ridgeway, a former photographer, based in the UK,  is a designer of sorts, except she helps to design people’s lives, where they’ve gotten off track- someone who is balancing multiple tasks, putting oneself last in efforts to please everyone and knock off never-ending tasks in one’s to-do list. Balancing work and play is something that many desire, but few have actually executed.

“In a nutshell, I help women get their mojo back. I help them get out of a rut and design a life they really love, one that puts a huge whopping smile on their face,” says Ridgeway.

Balancing time is Ruth’s major strong point. As she coaches fellow women on how to integrate “me time” into their agenda, she also helps those get on the right path to a great life and business model that works for them.  Although she has implemented a great way to handle business and play for herself, one takeaway that we can all learn is to “do whatever makes you smile.”

Having a business of your own sounds simpler than it really is, but if you’re thinking of leaving your current job and doing something major for yourself, consider what these 5 women did. With the right amount of determination and energy to go after your true desires, you too can have a success story to tell us all.

Are you a female entrepreneur? If so, what are some key pieces of advice that you would like us all to know? Please tell us what you think below and don’t forget to share!