Cold and flu season will soon reach its peak. It’s around this time that we wonder and worry about flu vaccines and how to keep our kids safe. You should have already gotten a flu shot if you were planning on getting one this year. The flu shot, along with every other flu and cold medicine and home remedy, has gotten a lot of guff over the years. What works? What doesn’t? Let’s look at some of the top flu myths.

6 Flu Myths You Need to Know

#1) Flu Vaccines can make you sick

At the top of all the flu myths is the belief that the flu vaccine can get you sick. In reality, it’s impossible. It’s impossible because the vaccine only contains dead flu viruses. Dead viruses can’t infect you because, well, they are dead.

There is a type of vaccine that contains a live virus. These vaccines are the nasal spray kind that you get at the pharmacy and are engineered so that the parts of the virus that get people sick aren’t there anymore.

Don’t get me wrong though; there are side effects to the flu vaccine. It doesn’t mean that you’re sick. It just means that while your body is recognizing what the vaccine is, you may be experiencing mild symptoms while it gets rid of the dead virus in your body.

Also, we usually get flu vaccines during a time when respiratory illnesses are running rampant. So after you get the vaccine, you may get sick with a cold and believe that the vaccine made you sick. In reality, it was just an unfortunate coincidence.

#2) Vitamin C is the only vitamin that works

Let me get this out of the way first: Yes, vitamin C is good for you. It is very good for you. However, women assume that it is the best vitamin to take to keep illness away. Vitamin D does just as well at keeping away sickness as vitamin C.

Women who take 2,000 IU of vitamin D3 every day for two years are less likely to get sick than those who are vitamin D deficient. So make sure that you’re getting a good dose of vitamin D every day. Make sure you pair it up with vitamin K for better absorption (this is what I take and has both D3 and K combined in one easy pill: it’s 5,000 IU because I’ve been struggling with especially low Vit D for many years).

Where do you find vitamin D?

It is the sunlight vitamin. So getting a little bit of sun every day helps. Also, you can find a good amount of vitamin D in fish. Fish oil is a great way to improve your immune system to fight chronic diseases. As far as supplements go, don’t take more than 2,000 IU of vitamin D a day.

Believe it or not, moderate drinking can help keep your immune system healthy and fight off things like infection and sickness. This conclusion was based on some research from Oregon Health and Science University.

That’s pretty crazy, right? Well, in the research’s defense, it did say “moderate drinking,” which means that you shouldn’t get completely wasted and expect to steer clear of the flu. The thought process is there though: wine contains grapes, which include a large number of antioxidants.

If you’re not much of a wine drinker, get some grape juice: it’s even better!

#4) You can only treat the symptoms

Wrong, wrong, wrong. I know! I was as surprised as you are when I found out. There are two drugs (antivirals) that have been proven to be effective against the flu vaccine: Tamiflu and Relenza.

These medicines work best when you take them within the first 48 hours that your symptoms appear. However, they will work after 48 hours as well. It just isn’t as effective.

#5) How about chicken soup?

Believe it or not, this old wives’ tale has been scientifically proven. Ingredients in chicken noodle soup act as an anti-inflammatory. A Japanese study found that chicken contains amino acids that are similar to the amino acids that are prescribed by doctors to treat bronchitis.

#6) I got the flu because it was cold outside

Going out to get the mail and the newspaper, in the middle of winter, in your underwear is tacky, yes. But, can you catch the flu? No. Cold weather does not increase your chance of getting the flu. The virus doesn’t just hang around whenever the temperature drops to below 40 degrees.

It may appear that the virus comes around every time the temperature drops during winter, but it’s just how the flu virus cycle runs. It hits its peak around February, no matter where you are: under mounds of snow in Alaska or the humidity of Florida.

We hate to see our kids and families sick and in pain. When they are home from school and rolling around in bed or emptying Kleenex box after Kleenex box, we want to make them feel better, but sometimes we don’t know how.

Keeping up with the latest news on flu prevention, busting the flu myths, and implementing all your best home remedies will ensure that your kids will be happy and healthy again soon. 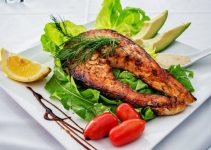 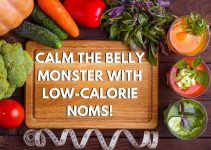 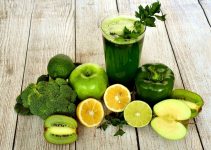