Before the takeover of the internet and reality television, the 90’s came up with some pretty cutting edge ideas when it came to toys. Although we might romanticize the era of grunge and alternative music today, there was an innocence that is long forgotten.

Although technology wasn’t as advanced as it is today, there were some pretty cool toys that incorporated both electronic and innovative features that was nothing short of fun.

A board game that talks. You can’t get any cooler than that.

This slimy concoction was all the rage when I was little.

Every little girl wanted one of these.

Although these are making a comeback, thanks to the LEGO Movie Franchise, I spent hours building odd structures with my brothers.

The commercials for this game was more exciting than The Expendables.

These were supposedly the electronic form of manual diaries. Not only could you write about your secret crush, but you could record messages. It was cool at the time.

Who doesn’t love a half-cooked brownie from a lightbulb?

This was a good first-date idea.

The proportions of these wrestlers is most unsettling.

These little guys were great for snuggling at bedtime.

These nifty devices came in handy during long road trips. Sometimes the screen was too hard to read though.

When these rainbow-hued versions came out. The grey ones were rendered uncool.

These couldn’t actually send you to the moon, but they could land you in the hospital.

People literally went crazy for these. Now they’re available at CVS for about $14.00

I had one of these before I got a live pet.

I remember getting My Buddy for Christmas. When Kid Sister had to come along he was old news.

You could spend your weekends chatting up guys that don’t exist or you could talk to a real one. Just sayin’.

These cuddly colorful bears were fun to collect.

Is it just me or did anyone else have a crush on any of them?

If Kevin McCallister could fight bad guys and book a room with it, then I had to have it too.

If you didn’t like this game, then you’re not a friend of mine.

Lets be real, the bigger these were the better. If you had the latest addition that came with like a gallon of water then you basically owned the neighborhood.

These CD holders eventually replaced cassette tapes which were a pain to rewind.

Sure, they were adorable, but wasn’t it just a tad bit weird that so many babies were being grown on a farm?

This talking bear was basically a tape recorder, but it was so cool seeing him sing to Groove is in the Heart.

it it wasn’t enough to just have the regular Nintendo. When these babies came out, the old addition was rendered trash.

You were easily the coolest 5-year old on the block if your parents bought you one of these.

These came after the Super Nintendo and with the added racing features in video games, you could do flips on a speed boat or race Luigi in Mario Kart.

There you have it! 30 Cool Christmas gifts from the 90’s. If you know someone who could use being a kid again, or you would like to teach your offspring that there was a world before smartphones, then I highly recommend that you gift them one of these.

What about you? Were you a 90’s child? What were some of your favorite toys and games growing up? Please tell us in the comments below! 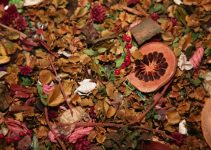 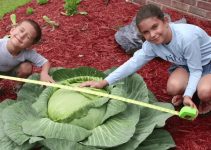 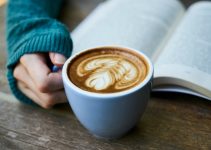